I started writing this in Washington DC, having arrived here via Montreal and Quebec City, but due to limited time had to finish it back home. More on that in a minute.

Still coming to terms with the turning-30 thing. I barely feel like I should go out of the house on my own, let alone do adulty things like pay bills, do jury service and travel – again more on that in a minute. My twenties have been a life study in not managing to catch up to everyone around me and not-quite getting a career, or proper “life”, going…

I really thought that by 30, that moment where things “began” would have happened a long time ago, but one small thing leads to yet another small thing and now here we are. I tried to write but was rarely inspired in the way which someone needs to be in order to be on the same calibre as the people they look up to. I tried other things, as documented in previous posts, but they also came to nothing, as if they never happened in the first place. This was seriously beginning to get me down, and was doing weird things to my brain. So after a while, I needed to make a change, if not by way of career, volunteering or otherwise, all of which I’ve tried and has ultimately not come to anything. The one thing left to do that I could think of was to go travelling.

I’m not a secret millionaire so obviously I wanted to do as much as manageable, and having been to Europe a few times I wanted to revisit an old friend – America – and try a new area along the way: Quebec, or French Canada. Something about the area fascinates me, so away I went to see the place.

It was absolutely freezing when I got into Montreal, which would set the tone for the rest of the time here. I knew the place was renowned for its bitterly cold winter season but this was coming into spring… still, I did what was available to do off-season. This involved: electric bike riding, cat-cafe visiting, museum-visiting, biodome-visiting, vegan food eating (Montreal is surprisingly good vegan food wise, even if sandwiches were mostly the order of the day for the purposes of convenience), trapeze-trying (utterly terrifying experience but since it’s the HQ of the Cirque de Soleil (and there were few outdoor activities available to do) it had to be done, and, rather more than I expected, cathedral visiting. And of course, photo-taking. 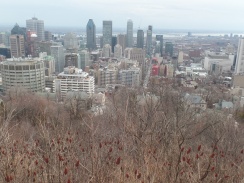 Me on an electric bike (aka DRIVING) 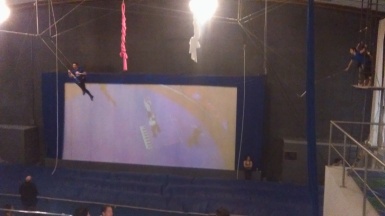 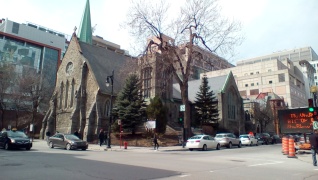 One vegan sandwich of many

Then I headed deeper into French Canadian territory, taking the train from Montreal to Quebec City, and that’s where the cold really struck with a vengeance. It was between -5 and -10 the whole time, so I dread to think what winter must be like there. Winter had not only come but was not budging…

Quebec City is a beautiful place, very European (now being a cliche thing to say), but with the tiny cobbled streets, the museums, cathedrals, cafes and all the French speaking, it really didn’t feel much like North America. Quebec City, it has to be said, is terrible for vegans but there was an awsome and unexpected little store where I basically got all the supplies I would need for my stay. Other unexpected delights included: a church/library, a film set hidden within the old city,,Montmorency Falls which is narrower but higher than Niagara Falls, and rather more encased in ice, and a rather charming if imposing cathedral where people left “evidence” of their former ailments, and tokens of gratitude, to St Anne de Beaupre, who was meant to be particularly good at granting miracles, which was nice to see. Also, stumbling across Quebec’s Literary and Historical Society (one of the oldest in North America, if not *the*) was a pleasant surprise, if only so that I could pore over a bit of (English language!) Emily Dickinson and modern Canadian poetry before closing time and with nothing but places open around the city where I have no business being, not being a Francophone. But on account of the cold, and huge lack of a vegan scene, I only scheduled a couple of days there and was looking forward to heading to Washington DC… 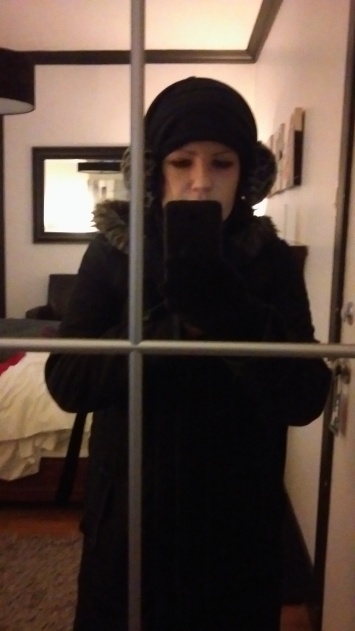 This is the minimum preparation required for going outside… 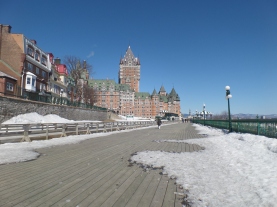 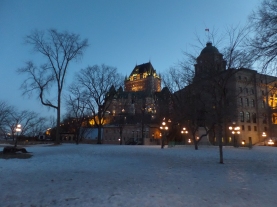 A certain familiar corner of Old Quebec City. Guess where.

The Literary and Historical Society of Quebec 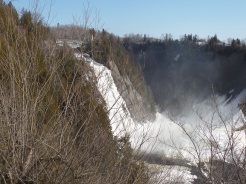 The “miracle display” of the cathedral of St Anne de Beaupre 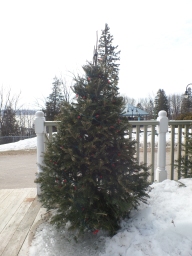 A nice superfood salad on a freezing day…

Nice antidote to touring in the outskirts of Quebec City

Right now what to say about Washington DC which isn’t a cliche… not a lot probably. Maybe one thing. When I scheduled the trip to coincide with the gorgeous and ethereal “cherry blossom season” of early spring – along with the decent temperature at that time – I didn’t expect the weather system to be completely whacked out of shape, resulting in a cold spell – actually make that freezing – which followed me down from Quebec province. This meant that the cherry blossoms which I was hoping to see enshrouding the city were, apparently, “long gone”, but I was there and had three days to spend seeing the place. So I took the standard touristy tour of the city, seeing the main sites including The White House, the Capitol, the National Archives, the (barren) Tidal Basin, etc. which was all done whilst trying to maintain a core body temperature. The following day I ventured out on my own, trying to cover what I had not already seen, but which was do-able given the annoying inconsistency of the wifi, the transport system (not a walking city), and that led to gems such as the International Spy Museum and a couple examples of the Smithsonian Institute, namely the Museum of Natural History and the Museum of American History. Places like the FBI building and the Pentagon I already saw in passing (good luck trying to get inside) would’ve been interesting too, and having found out about the Masonic Lodge cluster around the city during my stay, made me want to bookmark that for next time, or at least some investigative reading in the meantime. All of these places which I did manage to see were intriguing and quirky in their own little ways, if depressingly overcrowded (and the Library of Congress is closed on Sundays – IMO this is simply Not On) – but simply trying to imagine what these places would be like, all on their own, made me desperate to see them, one day, at the lowest season possible…

Me outside the Smithsonian 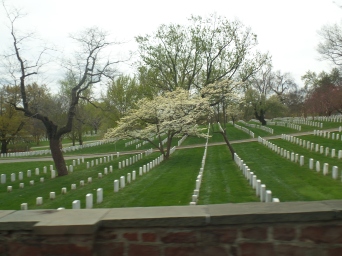 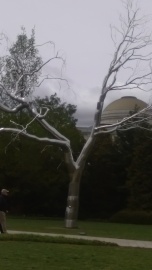 … Art piece at park in Washington

Me and the National Archives 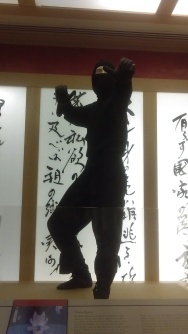 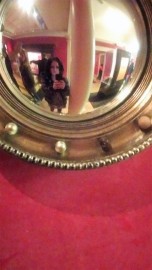 Spy Museum exhibit 4 – the worst one 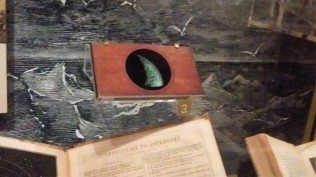 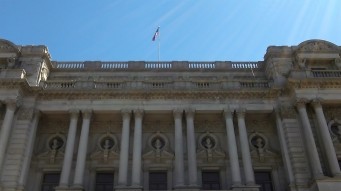 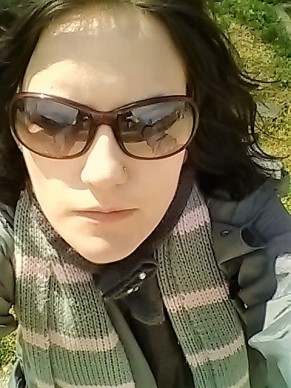 Me vowing to return

Having spent some time debating whether to stay on and spend more time there, or call it a day and have another go another day another time, I opted for the latter and hope that a day will come where the things which I wanted to see and do, which the weather and season failed to enable, will do so next time.

In the next post I’ll outline one particular experience which is unlikely to be repeated ever again, but which, for posterity, I took it upon myself to sample, record, and present here. Three words: vegan fine dining.