For the last while, my mind has been in a bit of a muddle (for reasons and stuff) I’ve had some time to kill and a modest amount of money to burn from an uncharacteristic self-discipline of late. Also, I had been wanting to re-acquaint myself with the Italian language. I was decently versed in it during high school, and having foolishly dropped the class, I thought it was time to pick it up again. And what better way than… to go there.

After much dithering about what to do and where to go (small jaunt or epic trek or random pootle), I decided to go explore Venice and Florence, booked into some budget accommodation and a couple of tours for good measure. Then a few days later (I move fast when I want to) it was “Andiamo!”

First, there was the photography tour of Venice. For those who know me (or read this blog occasionally), I’m quite partial both to travelling and to photography, so this seemed like the sensible thing to do in this place. So I ended up meeting a local professional photographer in St Marco’s Square and we zipped through the corners and recesses of the city, snapping all along the way. I won’t inundate this page with my photographic efforts (I’ll put together a more comprehensive collage later on) but here are a few samples for now: 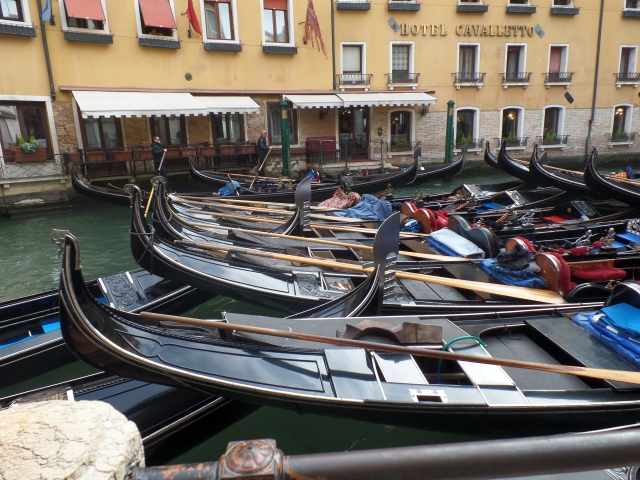 Gondolas temporarily out of action 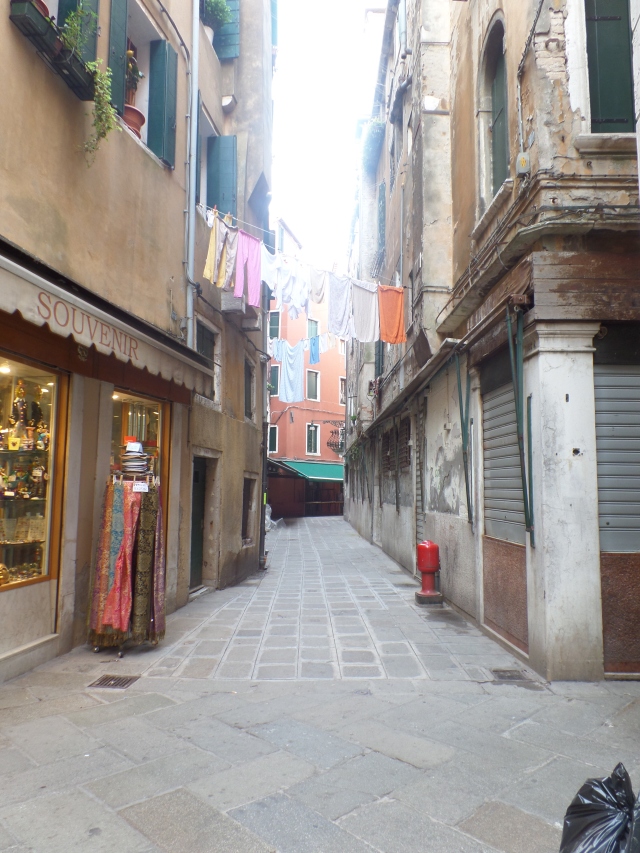 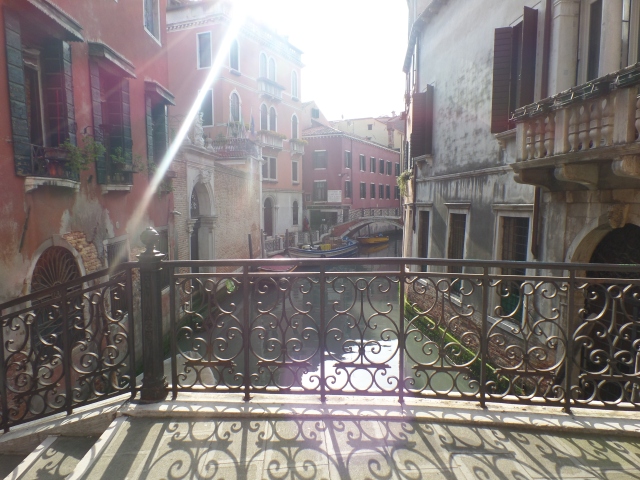 Bridge in Venice – one of many I’m sure

Being of the opinion (shared by many I’m sure) that a lack of pollution and congestion can only improve a place, I had to see a city where this was not the case. Simply, it was like how I imagined the roads and cars being replaced by canals and boats as a young ‘un, because it just looked like FUN. How getting around every day should be, before it became a chore.

Also, a vital interjection – I love the indie Italian bookstore. 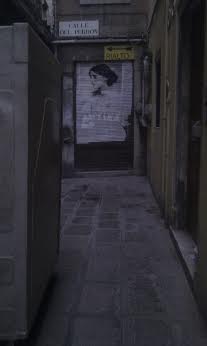 (As my camera decided it’d had enough for one day, I had to use the camera on my phone, and it turned itself onto black-and-white mode, so it wasn’t a deliberate choice here.)

With the help of the photographer guy, I got to have a snoop around Libreria Acqua Alta https://www.facebook.com/pages/libreria-Acqua-Alta-a-Venezia/51303900515, and although I didn’t actually get to read or buy anything, the place in itself was a bookish revelation… 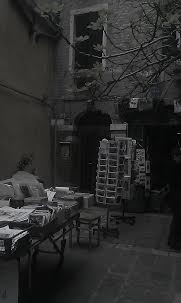 Pretty inconspicuous from the outside… 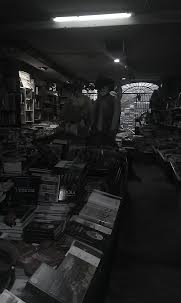 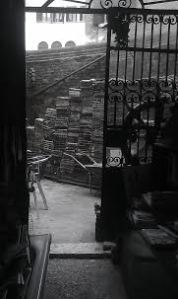 However, in seriously overestimating my remaining skill at Italian, it was more of a museum than a library experience, as I wasn’t so much reading as looking and admiring. So it strengthened my resolve to better learn the language (voucher for online lesson already bought and ready to use), if only so I can return one day and actually buy a book from the place…

I guess writing a university essay on Death in Venice failed to fully prepare me for what to expect in this particular city. There was no immediate danger on account of the threat of a plague, or an unhealthy obsession with a young foreign person (that would be a whole other story), but in getting far enough away from the “throng”, there would be waiting glimpse upon glimpse of a compact and traditional lifestyle at every turn.

By the end of the tour I had walked non-stop for four hours without a coffee or a sit-down and I was ready to collapse. But I had acquired a killer montage, much of which is locked within my phone, bursting to be free. 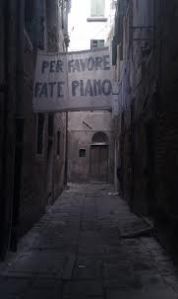